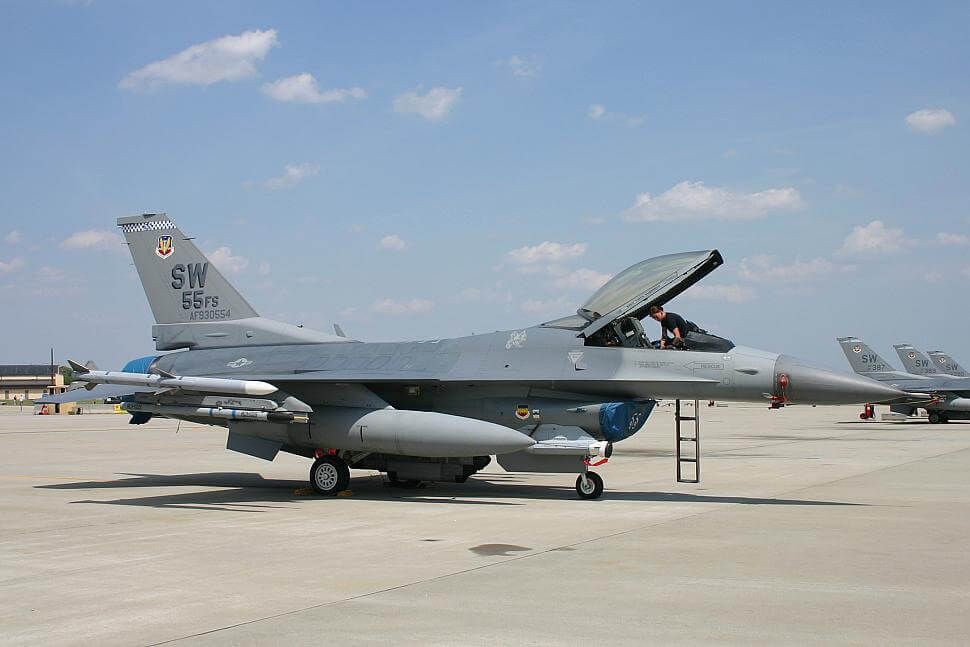 As one of the most versatile aircraft in the U.S. Air Force inventory, the F-16 Fighting Falcon has been the mainstay of the Air Force aerial combat fleet with more than 1,000 F-16s in service. The aircraft has been adapted to complete a number of missions, including air-to-air fighting, ground attack and electronic warfare.

In air combat, the F-16’s maneuverability and combat radius exceed that of all potential threat fighter aircraft. It can locate targets in all conditions and detect low flying aircraft in radar ground clutter. In an air-to-surface role, the F-16 fighting falcon can fly more than 500 miles (860 kilometers), deliver its weapons with accuracy, defend itself against enemy aircraft and return to its starting point. An all-weather capability allows it to accurately deliver ordnance during non-visual bombing conditions.

With a full load of internal fuel, the F-16 can withstand up to nine G’s (nine times the force of gravity) exceeding the capability of other current fighter aircraft. The F-16 fighting falcon was built under an unusual agreement creating a consortium between the United States and four NATO countries: Belgium, Denmark, the Netherlands and Norway. The consortium’s F-16s are assembled from components manufactured in all five countries. Recently, Portugal joined the consortium. The long-term benefits of this program will be technology transfer among the nations producing the F-16, and a common-use aircraft for NATO nations. This program increases the supply and availability of repair parts in Europe and improves the F-16’s combat readiness.