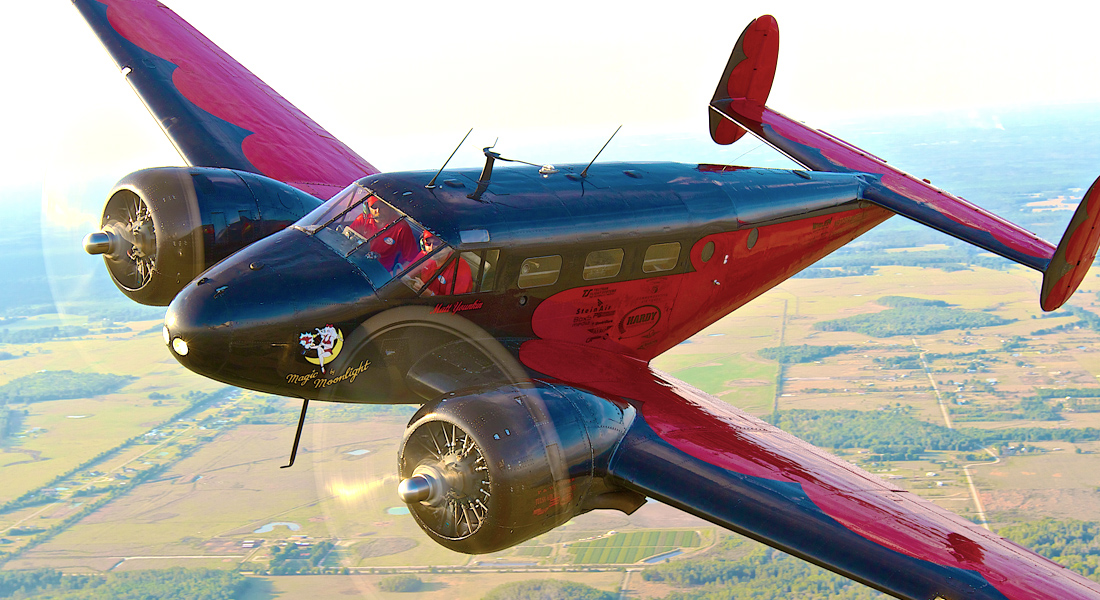 Matt Younkin’s Beech 18 performance is likely the most unusual act on the airshow circuit today. The Beech 18 was never designed for aerobatic flight; however that doesn’t make it incapable of doing just that.

The performance is almost a mirror image of the one his father Bobby pioneered and flew for over 15 years. It begins with a roll on takeoff followed by a series of Cuban eights, point-rolls, and even a loop.

The conclusion is a dirty pass dubbed the “Elephant Waltz” in which Matt rocks the huge transport’s wings more than 90 degrees with the landing gear and flaps extended!

The performance begins and ends to light-hearted music which capitalizes on an overly obese airplane executing maneuvers that its designers and airshow audience members alike never conceived possible for a large transport plane. As a contrast, the majority of the performance flows with beauty and grace to equally beautiful music and a special tribute to Bobby Younkin.

This is truly a show-stopping act and has been a major highlight in every airshow it has participated in for years.